Siera fm:The detailed picture of the cases in the Municipality of Voio. Difference in cases from local EODY and Region

Siera fm:The detailed picture of the cases in the Municipality of Voio. Difference in cases from local EODY and Region

The confirmed cases announced by the region as a whole in the Municipality of Voio from Friday 15 January to Sunday 24 January are as follows:

From those, after his report siera fm, are recorded in EODY Kozani less, from what appears in the information of the Region, This is because some tests were performed in private laboratories or hospitals outside the Kozani Prefecture and were declared directly in Athens..

Feature that from 22 to 24 January at EODY Kozani appear 4 cases, while in the official briefing, appear 7.

As he is able to know siera fm, from 11 recent cases are recorded 3 in Siatista, 1 in Naples, 1 in Tsotili and 1 in Anthochori.

Total 6. For the rest 5 reported to the central office of EODY there is no picture.

The city of Siatista remains in a hard lockdown until Monday 01 February. With today's data, there are 15 active cases throughout the Municipality, with a tendency of further reduction especially for the city of Siatista.

Decisions to remove the toughest lockdown will be made on Friday 29 January.

The announcement of EODY: The latest laboratory-confirmed cases of the disease have been recorded recently 24 hours are 1.142, from... 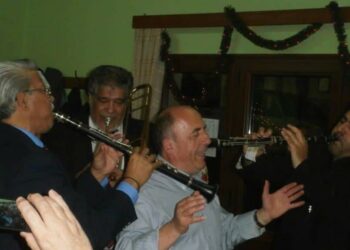 In the address you said boss-boss now here we laugh . You really were not a boss for any of us, You were the Head of every town planning ...