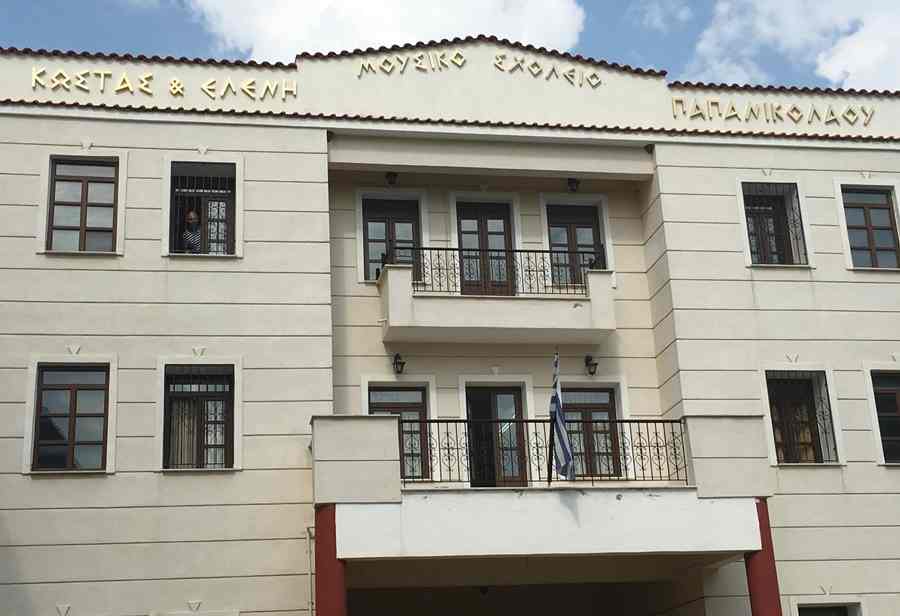 Santorini: She killed him for 200 euros and burned him with vodka

The Music School of Siatista "Konstantinos and Eleni Papanikolaou" warmly thanks His Eminence the Metropolitan of Sisani and Siatist Mr.. Athanasios who is president, the members of the board of directors of the "Michael and Alexandra Koukoulidou" Foundation and especially the special secretary of the. Ioannis Stathis for financing the purchase of a new photocopier for our school.

The Foundation with this action once again showed its undiminished interest in the education of the place by intervening and satisfying the increased needs (Gymnasium - Lyceum) of our school.

We wish them health, longevity and strength in their glorious work.

It is worth mentioning something that we drew from the website of the Foundation and is related to its anniversary 28ης October: the late benefactors Michael and Alexandra Koukoulidis, among the many other benefits they did, bought and sent to the front against Mussolini's forces medical supplies of value 2 millions of pre-war drachmas.

May their memory be eternal.

Siatista Music School – To restore the truth. (Response to parent complaints at sierafm.gr)

We know you after the noise that was created, that the teacher of the individual musical instrument in question was absent ...

Siatista: Complaint for a teacher of the Music School that he did not observe the measures for the coronavirus

In complaint to siera fm, but also in protest against the management of the Siatista Music School, parents of students proceeded. Such as...

Municipality of Voio: The contract for the feeding of the students of the music school of Siatista was signed

The contract for the assignment "Feeding of the students of the Music School of Siatista - Municipality of Voio for the school year was signed ...