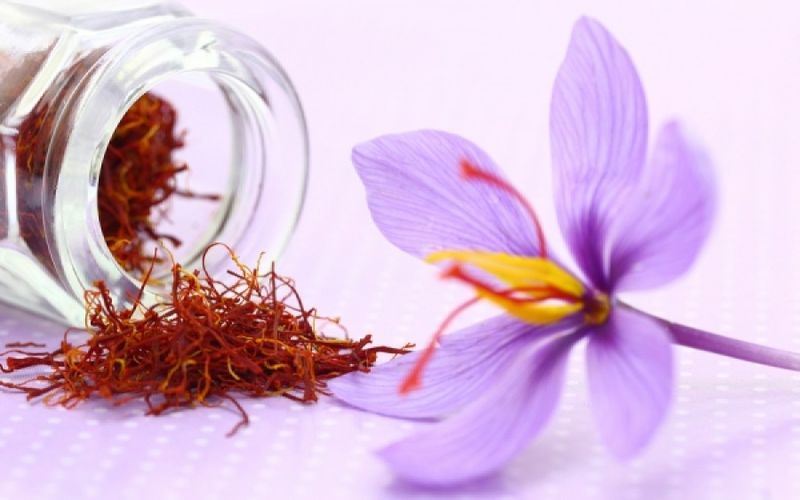 Colchicine has been known as a medicine but also a powerful poison since ancient times, the natural toxic substance that is the new "weapon" against coronavirus.

Colchicine has been known as a medicine but also a powerful poison since ancient times, the natural toxic substance that is the new "weapon" against coronavirus. The ancient Greeks had found that the plant Colchicum autumnale, where colchicine is produced, was very useful in the treatment of gout and rheumatism, That is why they called it "the soul of the joints".

Theophrastus wrote about the poisonous action of colchicine, student of Aristotle, who in his work "Περὶ φυτῶν ἱστορία", describes it as a deadly poison with a delayed onset of action.

As Dr. Diamanto Lazari explains to APE-MPE, Professor in the Laboratory of Pharmacognosy, of the Department of Pharmacy at AUTh, The extract of the plant Colchicum autumnale was first described as a treatment for gout by Dioscorides in his work "De Materia Medica".

Autumn crocus is one of them 700 medicinal plants described in the older medical text, the Ebers papyrus of ancient Egypt (about the 1550 e.g.). It was used as a treatment for pain and swelling.

"However, initially the literature on colchicine-containing plants, refers mainly to their laxative and poisonous action as noted by Theophrastus (approx. 371-287 e.g. ). Even today the toxic effects of colchicine are severe. There is no antidote and overdose has a high mortality while it is extremely dangerous in case of skin contact ".

According to Ms.. Lazarus, Colchicine is a traditional medicine used to treat gout. Used to treat acute rheumatoid arthritis from 1810. From the approval of colchicine as a medicine for gout 2009 from the Food and Drug Administration (FDA) of the USA, there has been a resurgence of interest in research into the applications of colchicine.

"It is obtained from the bulbs of Gloriosa superba of the same family (colchicine content 0,9% about) and also from Colchicum autumnale (contained in the seeds, the flowers and bulbs of the plant). Colchicum autumnale is spreading in Europe and Africa, while the species Gloriosa superba in Africa and Asia, including the hills of the Himalayas, of Burma, of Indonesia, of Malaysia, etc. ".

Today, Colchicine has an ever-expanding list of uses and remains, emphasizes Ms. Lazari, "Basic treatment for gout while also used to treat hereditary Mediterranean fever, pericarditis, Behcet's disease, and atrial fibrillation ". Alongside, Recent research makes it very promising for the treatment of a wide variety of cardiovascular disorders.

Wide spread of the plant in Greece

Facts about the autumn crocus Colchicum autumnale, native species of Greece, and one of the plants that could be used for colchicine as it contains one of the highest concentrations, gives to APE-MPE Dr. Eleni Maloupa, Director of the Institute of Genetic Improvement and Phytogenetic Resources- Hellenic Agricultural Organization "Dimitra" and head of the Balkan Botanical Garden of Kroussia.

"The genus Colchicum includes around 60 items. The autumn crocus -Colchicum autumnale- found in wet mountain meadows and pastures, on shady stony slopes with deep fertile soil, at an altitude of 1400 to 2000 meters in many areas of Greece and Europe. It is widespread, in Greece have been recorded approximately 30 species and is found in Thrace, in Northern Central and Eastern Greece, in North and South Pindos, in the Katara Mountains, Orvilos, Rodopi, Tymfi and Bald ". The flower of the colchicum resembles that of the crocus and blooms from late July to October.

"According to Pharmacopoeia, Colchis has been known since ancient times. Dioskourides mentions a "poisonous" Colchian from the Black Sea. The ancient Greeks had found that Colchicum autumnale was very useful in the treatment of gout and rheumatism, That is why they called it "the soul of the joints", says Ms. Maloupa. Answering a question about what the consumption of such plants can bring to the body, clarifies that “even 2 the 3 Colchicum autumnale seeds can cause death ".

"But as a medicine, if administered in small, carefully controlled doses, is effective as a painkiller and anti-inflammatory and its pharmacological form is still in use for the treatment of gout and other rheumatic diseases. In addition, Colchicum homeopathic remedy is made from fresh Colchicum autumnale bulbs "concludes Ms.. Maloupa.

Safran: What are its benefits for the skin

The saffron, the spice that in Greece is better known as Kozani yolk, is a delicious addition to cooking with ...

According to Greek mythology, the god Hermes, as he practiced discus throwing, hit his mortal friend on the head fatally ... 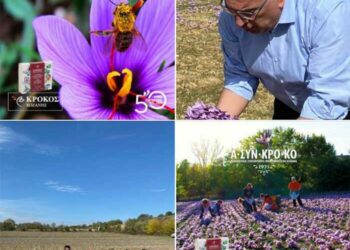 The Deputy Minister of Transport and Infrastructure Michalis Papadopoulos visited the crocodile producers and talked to them about the "gold" of the Greek Land.

The protected designation of origin (PDO) guarantees that all stages of the production process, processing and manufacturing take place in the specific area ....